Who was Maria Montessori?

“We discovered that education is not something which the teacher does, but that it is a natural process which develops spontaneously in the human being.” – Maria Montessori

Maria Montessori was born on August 31, 1870 in Chiaravalle, near Ancona, Italy she died May 6, 1952. The Montessori Method is based on the belief in the creative potential of children, their natural desire to learn, and the right of each child to be treated as an individual.

Maria Montessori was the first woman to graduate in medicine from the University of Rome in 1896. Montessori was appointed assistant doctor at the psychiatric clinic of the University of Rome, where she became interested in the educational problems of intellectually disabled children. Between 1899 and 1901 she served as director of the State Orthophrenic School of Rome, where her methods proved extremely successful. From 1896 to 1906 she held a chair in hygiene at a women’s college in Rome, and from 1900 to 1907 she lectured in pedagogy at the University of Rome, holding a chair in anthropology from 1904 to 1908. During these years she continued her studies of philosophy, psychology, and education.

In 1907 Montessori opened the first Casa dei Bambini (“Children’s House”), a preschool for children age three to six from the San Lorenzo slum district of Rome, applying her methods now to children of normal intelligence. Her successes led to the opening of other Montessori schools, and for the next 40 years she traveled throughout Europe, India, and the United States lecturing, writing, and establishing teacher-training programs. In 1922 she was appointed government inspector of schools in Italy, but left the country in 1934 because of the Fascist rule. After periods in Spain and Ceylon (now Sri Lanka), she settled in the Netherlands.

Montessori scorned conventional classrooms, where “children, like butterflies mounted on pins, are fastened each to his place.” She sought, instead, to teach children by supplying concrete materials and organizing situations conducive to learning with these materials.

She discovered that certain simple materials awakened in young children an interest and attention not previously thought possible. Children between three and six years old would work spontaneously with these materials, indifferent to distraction. At the end of such a period, they would not seem tired, as after an enforced effort, but appeared refreshed and calm. Undisciplined children became settled through such voluntary work. The materials used were designed specifically to encourage individual rather than cooperative effort. Group activity occurred in connection with shared housekeeping chores.

A large measure of individual initiative and self-direction characterized the Montessori philosophy, and self-education was the keynote of the plan. The teacher provided and demonstrated the special “didactic apparatus” but remained in the background, leaving the child to handle it alone. In the Montessori system biological and mental growth are linked. “Periods of sensitivity,” corresponding to certain ages, exist when a child’s interest and mental capacity are best suited to the acquisition of certain specialized knowledge. (EB, 2019) 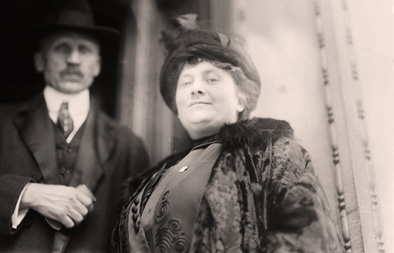 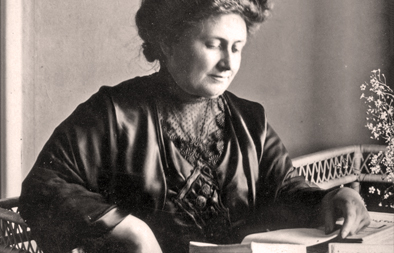 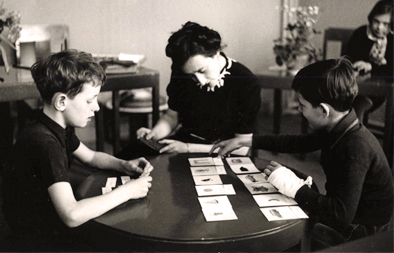